WHEN legendary funnyman Jimeoin made his much-anticipated debut at SunPAC earlier this year, he willingly wrote his name into a significant chapter in the stunning venue’s short but hugely successful storyline.

The Melbourne-based internationally renowned comedian jetted into Queensland from his United Kingdom tour for a one-off appearance that heralded the commencement of SunPAC’s partnership with the annual Brisbane Comedy Festival. “SunPAC is a world-class venue and it’s really starting to achieve its charter which is to appeal to and entertain our hugely diverse and multi-cultural community,” Ms Rasmussen said. “Having the Brisbane Comedy Festival, which we hosted in partnership with Brisbane Powerhouse, at SunPAC was a big chapter in our short history and we look forward to hosting it again next year.”

SunPAC’s diversity was on display when the venue’s highly-skilled technical staff transformed the theatre into a departure lounge as one of the world’s leading airlines, China Airlines, launched its latest aircraft in May.

“To have one of the world’s most renowned airlines choose SunPAC was not only a real honour, it was also an opportunity for our outstanding staff to showcase their skills and the room looked absolutely amazing,” Ms Rasmussen said.

Within days of China Airlines’ departure, SunPAC was transformed into a picture-perfect piece of paradise when a pair of local lovebirds celebrated their wedding and Ms Rasmussen said there were more special days on the horizon.

“The theatre transforms into a striking wedding venue and the landscaped gardens and natural parklands behind us make beautiful photos,” she said. “We have invested in making SunPAC the first-choice for couples who are choosing the venue for their special day and we look forward to tailoring a package to suit their budget and cultural heritage.”
SunPAC is located at 470 McCullough Street, Sunnybank – visit www.sunpac.net.au 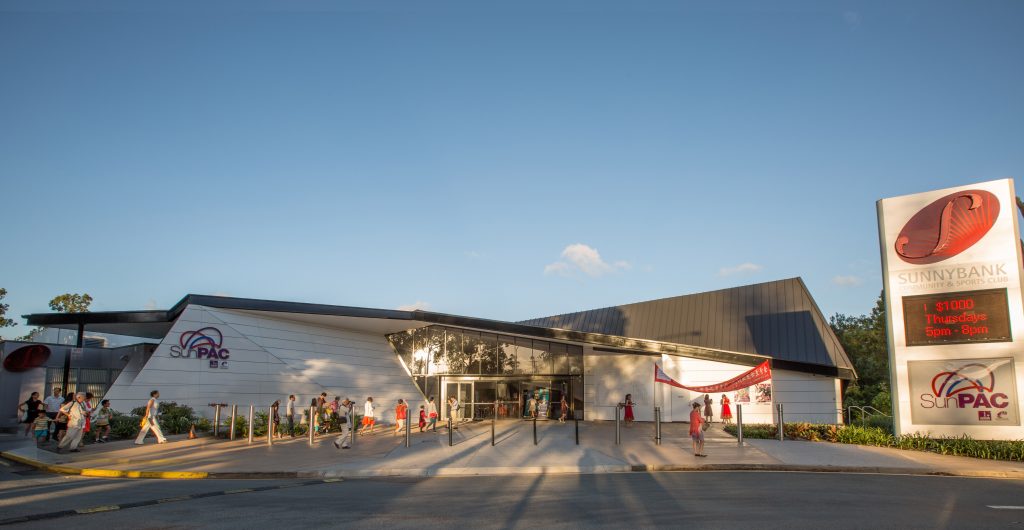