Tropical Cyclone Debbie passed through the Whitsunday region earlier this year destroying anything and everything in its path including the region’s beloved Proserpine Entertainment Centre.

The Proserpine Entertainment Centre Whitsundays has been closed since, as Tropical Cyclone Debbie caused significant damage to the exterior of the building and water damage to the auditorium walls, ceiling and parquetry floor.

It has been a difficult time for the Manager and staff with all scheduled shows for 2017 having to be moved to either Proserpine’s defunct RSL or the Proserpine State High School Multi-Purpose hall, both technically challenging venues.

Staff are trying to remain positive and very much look forward to the Centre’s re-opening which is anticipated to be sometime between December 2017 and February 2018. 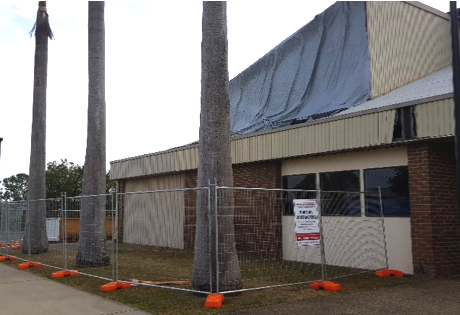