The Empire Theatres is the largest performing arts precinct in regional Australia and boasts several performance and function spaces. Renowned for its classic art deco architecture, the heritage listed theatre is the jewel of the Darling Downs. It is wholly owned by Toowoomba Regional Council and managed on it’s behalf by Empire Theatres Pty Ltd.

Built in 1911, rebuilt in an art deco style in 1933 following a fire and finally restored and reopened in 1997, the Empire Theatre has served as an entertainment hub for Toowoomba and the surrounding areas for over 100 years, playing an integral part in the cultural development of the region. The heritage listed theatre is a building with rich history and fine architecture, including the grand proscenium arch, decorative sconces, original brick walls in the foyers and art-deco style lighting. With modern seating for 1565 people, the theatre continues to receive countless commendations from patrons and performers.

Since the official reopening of the main theatre,  the Empire Theatres precinct has continued to grow and develop with the inclusion of three other venues, the Empire Theatre Studio, Empire Church Theatre and the Armitage Centre. The Empire Theatre Studio, located directly behind the main stage is commonly used for small performances with an audience of up to 120, complements the use of the heritage listed Empire Church Theatre. Originally built in 1877, the Church Theatre now hosts a variety of performances including cabaret, comedy, fine music and jazz as well being a popular choice for weddings, receptions and private functions.

The newest addition to the Empire Theatres precinct, the Armitage Centre is a unique 350 seat ‘black box’ performance space and function venue with state of the art facilities including high quality technical equipment, retractable tiered seating and an attractive forecourt as well as impressive foyer and bar spaces. Since it’s opening in September 2014, the Armitage Centre has hosted a variety of performances, including film, drama, music and dance and easily transforms to host weddings and cocktail parties, business functions,or dinner receptions. 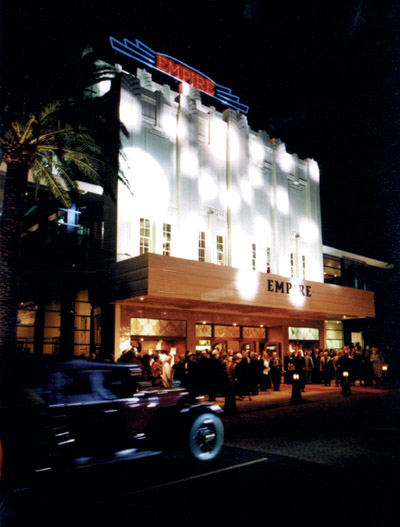