Earlier in the year Dancenorth embarked on an International Tour of award winning performances, Syncing Feeling, Spectra and Attractor.

Dancenorth were thrilled to have the opportunity to take these award winning works to the International Market again.

Opening with Syncing Feeling in Paris, the duet illuminates cognitive processes that facilitate a host of enigmatic aspects of the human mind, including empathy, imitation learning and the decoding of another person’s actions, feeling and emotions.

“a seductive piece of dance which hit a lot of deep psychic nerves in people.” -Brian Ritchie, Curator MOFO

Attractor was presented for the first time in the UK, performing at the Brighton Dome as part of the Brighton Festival 2018. The two time Helpmann award winning production Attractor is an immersive dance and music performance that premiered at Asia TOPA in Melbourne in February 2017.

Featuring eight dancers, two live musicians, and the unique opportunity for 20 unrehearsed audience members per night to join the company on-stage, this performance breaks through the boundaries between audience and performer.

“Watching this work is an electric experience; it is a highly successful collaboration between Australian and International artists that is evenly balanced and rich. The work deserves a longer season than the few performances it has been allocated here in Melbourne”. -THE AGE

Spectra premiered at OzAsia Festival in 2015 to critical acclaim, and was nominated for two Helpmann Awards and shortlisted for an Australian Dance Award. The work, choreographed and performed by Kyle Page and Amber Haines, draws together visionary arts from Australia and Japan in an artistic collaboration that spans continents and cultures.

Dancenorth Artistic Director Kyle Page explains the inspiration behind this piece. “Blending contemporary dance, butoh, live music and visual art, Spectra explores the idea of dependent origination which states that the secret of the universe lies in the nature of causality – the way one thing leads to another,” said Mr Page. 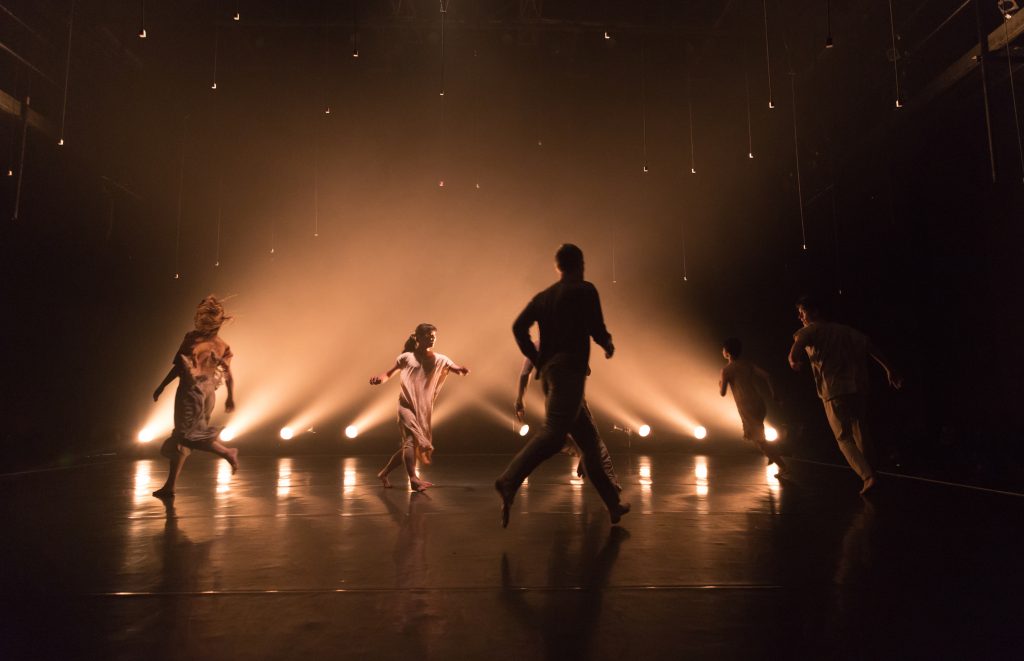