“Beginnings: A Musical Story of Cairns” attracts over 3,500 people

Beginnings: A Musical Story of Cairns is an entirely local production that was developed especially for Festival 2018  – the free 12-day arts and cultural program as part of the 2018 Gold Coast Commonwealth Games.

More than 300 performers shared the stage at Munro Martin Parklands on Saturday 7 April for a magical musical journey through the story of Cairns. The performance was showcased to capacity crowd of over 3,500; the biggest to-date since the newly developed Parklands were opened in 2016.

The project created an unparalleled opportunity for Cairns with the local community developing, creating and presenting a major artistic new work. Beginnings was for a global stage with a global focus, steeped in local history, told with a contemporary twist with entirely local participation. The work brought together first nations groups, multicultural groups and mixed ability groups. With an ultimate aim of increasing social cohesion and resilience via the arts, the project developed and strengthened positive, cross cultural relationships and networks.

Complete with a large multicultural chorus, choir and orchestra, over 200 people on stage performing and behind the scenes technicians using video, laser and spectacular lighting and production design, Beginnings was a landmark production for Cairns and leaves a lasting legacy in the community. 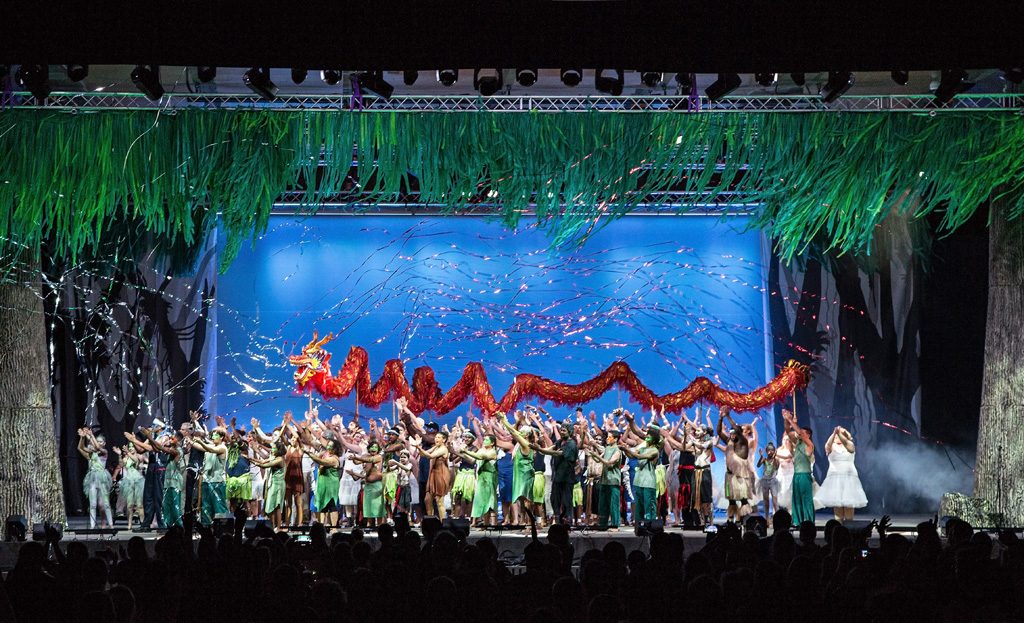